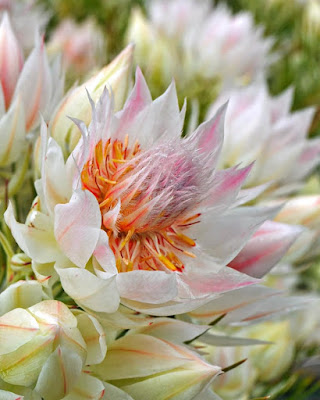 This delightful genus of forty-four species from South Africa's Cape is a popular member of the Protea family. Serruria has received its connoisseur status among florists, designers and gardeners due to its rarity in nature and cultivation, as well as its exquisite blooms. Papery white and pink bracts surrounding feathery tufts of white to pinkish flowers are produced over winter and spring. Blushing Bride and 'Pretty ‘n’ Pink' are some of the most sought after and well-know varieties currently being grown. 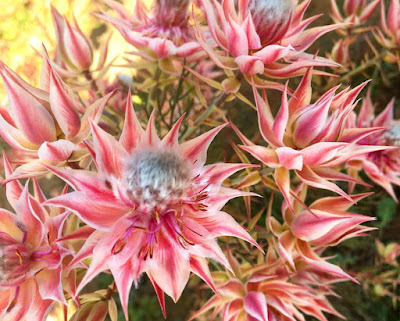 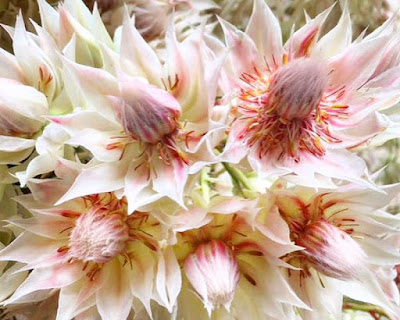 It is thought Serruria Blushing Bride received its name in South Africa because of its traditional use in bridal bouquets and through the custom of young men in the Cape Region wearing the flowers in a buttonhole of their jacket when courting. Unfortunately, Blushing Bride seems to have been over-exploited as the species was near extinction or even believed to be "lost" for 90 years in the wild until conservation measures in the 1960’s and 70's saved it. 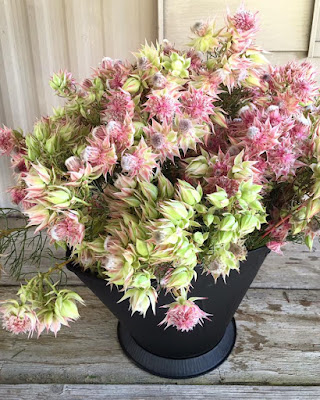 When buying Serruria look for: