I have never been able to think of the day as one of mourning; I have never quite been able to feel that half-masted flags were appropriate on Decoration Day. I have rather felt that the flag should be at the peak, because those whose dying we commemorate rejoiced in seeing it where their valor placed it.  We honor them in a joyous, thankful, triumphant commemoration of what they did.   ~Benjamin Harrison 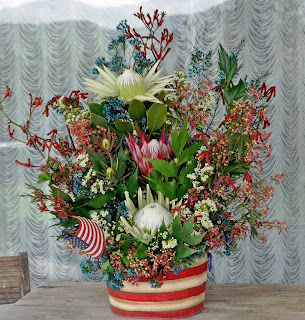 Did you know Memorial Day
was originally called Decoration Day?

Three years after the Civil War ended, on May 5, 1868, the head of an organization of Union veterans — the Grand Army of the Republic (GAR) — established Decoration Day as a time for the nation to decorate the graves of the war dead with flowers. Maj. Gen. John A. Logan declared that Decoration Day should be observed on May 30. It is believed that date was chosen because flowers would be in bloom all over the country.
Posted by Mel at 2:36 PM No comments:

Not Just a Pickup - A Vase on Wheels

The other day I saw a pickup truck cruising through Rainbow loaded with a ton of old empty cartons and scrap metal pieces, obviously in route to our local recycling facility. As I watched this truck pass by I couldn't help but feel enormous appreciation for the pickups I see navigating around our farm each day. With each season their loads, the colors, textures and flower varieties may change. However, one thing always remains constant these loads create an incredible floral display - almost like a one vehicle parade. Yes these days, trucks are used to haul many different things, but I'm glad ours are like a 'vase on wheels' and as they pass through our fields and town it's my hope they bring a smile and sense of joy to everyone that sees them. 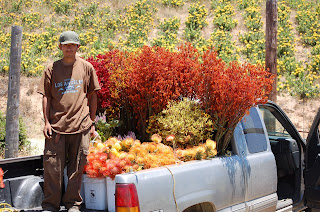 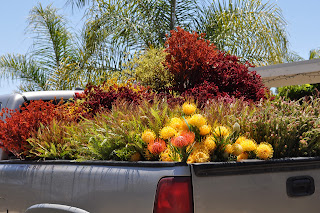 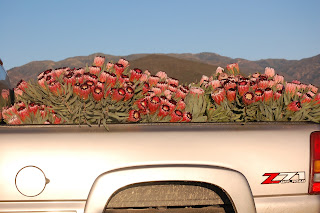 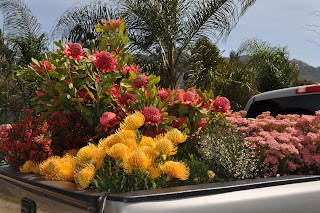 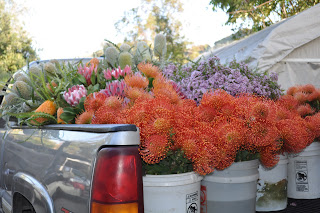 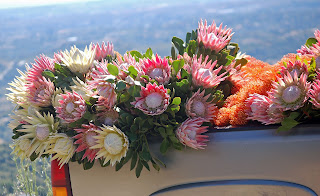 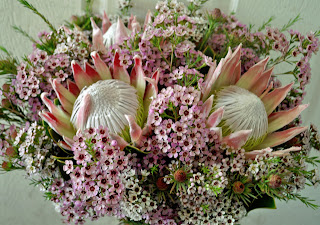 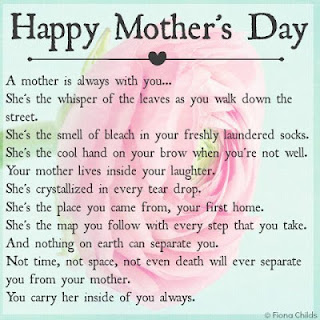 What better way to celebrate Mother's Day than with a unique hand-tied bouquet or an exotic handmade wreath created with farm fresh protea, pincushion, waxflower, leucadendron, grevillea and lush greens! Over the past two weeks our bouquet makers, some very special Mother's, have been laboring day after day to create these fabulous floral gifts. And so as this holiday rush slowly comes to an end, we pause for a moment to say 'Thank You' to these amazing ladies who have been working hard to make our Mother's Day a big success! 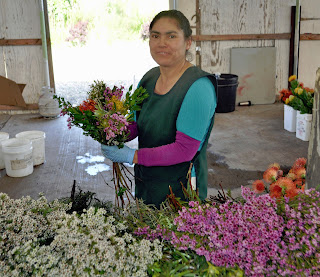 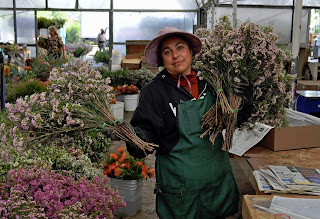 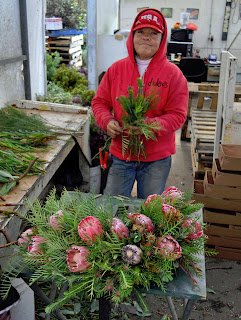 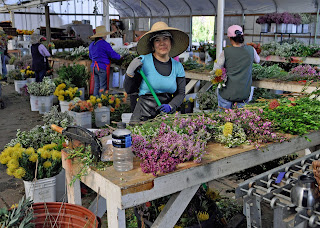 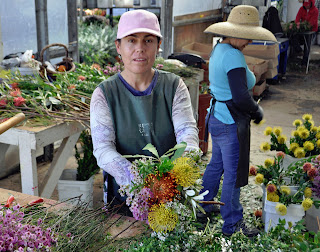 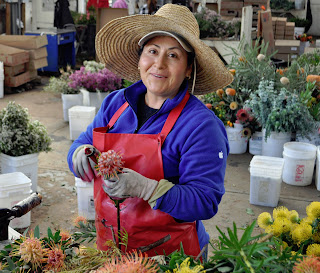 Thank you and Happy Mother's Day! 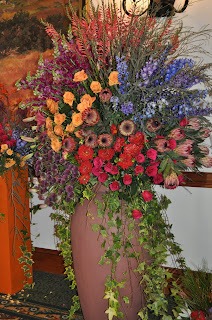 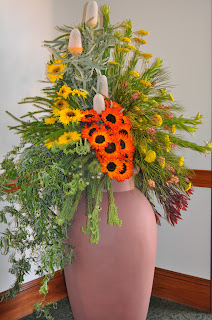