Protea News: May’s Articles and Blogs of Interest from Around the World 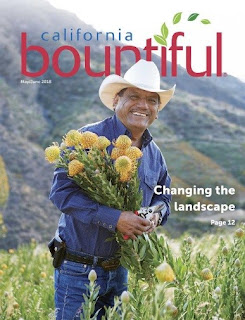 On a patchwork of some 15 parcels of hilly land with rocky, dry soil in northern San Diego County, Ismael "Mel" Resendiz has carved out a floral paradise. His farm, clinging to steep, remote hillsides and linked to civilization with narrow dirt roads, many of which Resendiz himself built, defies convention. So does its signature product, the otherworldly but undeniably lovely protea. Read more here. 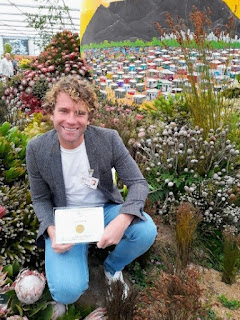 London - South Africa won gold at the prestigious Royal Horticultural Society Chelsea Flower Show in London on Tuesday. SA has won gold 36 times in the 43 years it has exhibited at the international flower show.

Designer and gardener Leon Kluge of the Kirstenbosch National Botanical Garden an his team presented a culturally oriented display featuring not only SA’s unique flora, but also the Cape Flats. Read more here. 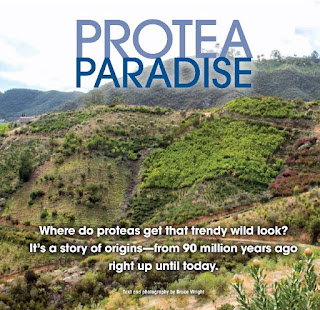 Although they may just recently have been swarming social media in shots of floral designs, proteas have been around for a very long time. The large and extremely diverse family is known to have originated at a time when much of the Earth’s landmass had amalgamated into one supercontinent. Later, sections of the supercontinent drifted apart and formed the continents we know today—which is why we find members of the wide-ranging protea family native to regions as far apart as Australia, South America and South Africa. Read more here. 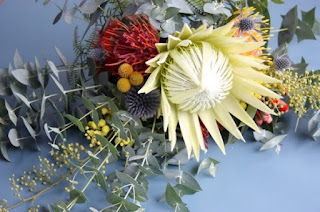 For a February wedding, the brief was "colourful" and "native" with the bride's dress in a dark bottle green. What fun! A beautiful White King Protea formed the centrepiece of the bride's bouquet, making sure there was a real contrast with the dark green of the dress. The King Protea was surrounded by lots of colour and fabulous foliage. Read more here.
Posted by Diana Roy at 6:47 PM