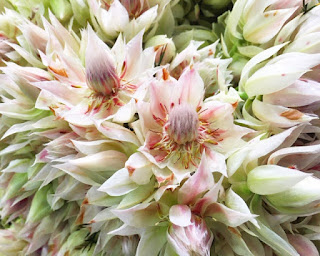 Without a doubt one the most sought after and best-known of the South African Proteas. Lost to cultivation and believed to be extinct for nearly ninety years, Serruria florida was rediscovered in 1891. The common name, Blushing Bride, was embraced because of its traditional use in bridal bouquets and through the custom of young men wearing the flowers in their buttonholes when courting. Breathtaking blush flower heads about 1 ½” long with papery-white bracts flushed with pink develop during winter through spring. The blooms grow in clusters of up to eight on long stems with soft needle-shaped foliage which gives each branch a light, feathery appearance. 1997 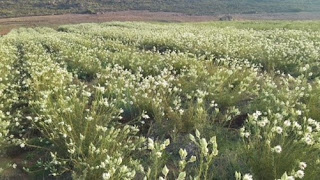 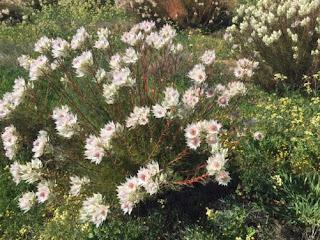 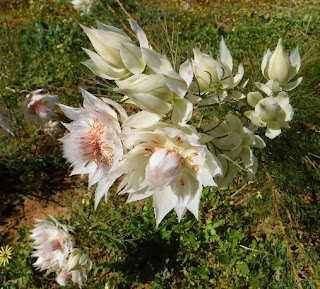 Blushing Bride has become quite popular with designers and florists, particularly in view of their illustrious vase life. They also dry beautifully, which extends their life for an infinite period of time. 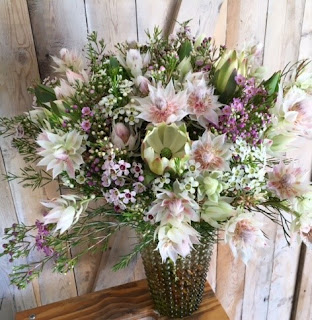 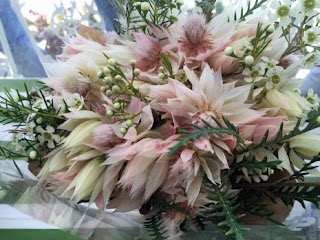 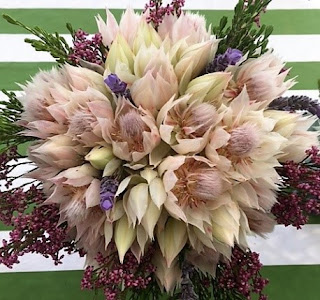 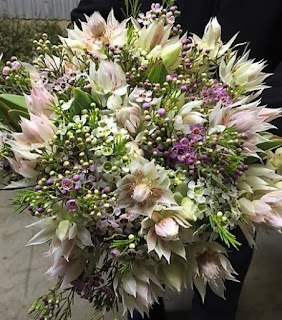