Protea News: April’s Articles and Blogs of Interest from Around the World

South African proteas are all the rage at overseas weddings -
last year we exported 3.4 million to keep up with demand 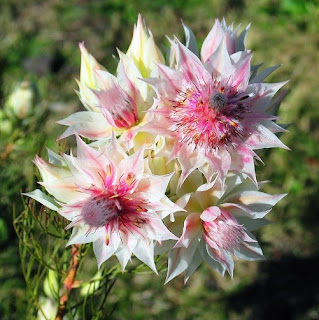 South Africa’s iconic protea is in high demand with 3.4 million exported throughout the world in 2017. The largest markets are the European Union and Russia, which represent almost half of the exports.

This is according to Cape Flora SA, a non-profit company that monitors and promotes sustainable exporting of proteas from South Africa. Cape Flora estimates that South Africa’s total fynbos market is estimated at R130 million, with some 4,200 tons of SA flowers exported last year. Read more here. 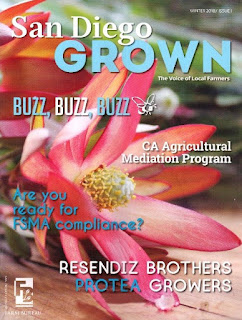 I recently had the opportunity to visit Resendiz Brothers and speak to the man himself, Ismael (“Mel”) Resendiz, and Diana Roy, who plays a vital role in operations. While there, I was invited to view the beautiful rolling hills of the Resendiz Brothers impressive cut flower business In Rainbow. Mel drove me up and down the hills, explaining the history, processes, accomplishments, and struggles of his farm and land. Read more here. 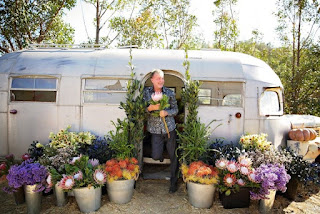 You might think the job of a floral designer is singular – to surprise and delight by creating beautiful flower arrangements. When the designer is Rene van Rems, you’d be wrong.

Van Rems was the floral designer for the recent American Grown Field to Vase Dinner at Resendiz Brothers Protea in Fallbrook, California. But his efforts went far beyond arranging flowers. He started by visiting the site with flower farmer Mel Resendiz to help select the perfect location for the dinner. Read more here.